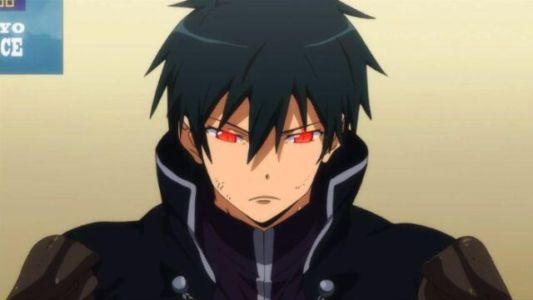 Hey Anime Fans, If the holy book anything to go by, demons and devils are real. Also, the Earth is 6000 years old and you must never wear clothes of wool and linen woven together.

Maybe take that stuff about demons being real with a pinch of salt then. Regardless, these demon boys and devil girls in anime do exist and they’re also cool as all hell.

Hence, Just Check out our list of the Anime Where MC Is From Demon Origins.

You may also like to read: Best 9 Anime Similar To Shokugeki No Soma Don’t be fooled by those ears, Nerine ain’t no elf! She’s the daughter of the Lord of Devils.

Furthermore, in the anime the demon lord’s daughter, is a proficient magic user too – it would be wise not to get in her bad books.

Yuyu Hakusho is a classic anime that you will really like, where you will met Hiei, a spiky-haired fire demon, who is short and gifted with high agility.

He has red eyes and a purple Jagan eye on his forehead, which is often covered up by a headband.

As is typical with most anime demons, Hiei is no fan of humans and likes to make fun of them.

well, are you looking for a good magic anime series, that involves demon characters too! Well, Fairy Tail has a main character named Natsu Dragneel, from demons origins and a formidable fire mage and is, therefore, the ‘Salamander’.

If demons with an infernal bent are your thing, then you should definitely keep an eye on Natsu’s shenanigans!

Read More: 10 Best Anime Where MC Is Trapped In a Game Ai Enma looks like a cute and innocent girl, but behind those big crimson eyes lies a tragic story.

The folks of her village condemned her to a sacrificial death. Incidentally, she would eventually get revenge after climbing out of the grave where she was buried in, and burning down the village.

Now she atones for the destruction that she has caused, by helping others extract their vengeance and transporting the damned to Hell.

HighSchool DxD is an popular harem action anime that you should really watch, overall the plot revolves around Rias Gremory, a pureblood demon, who also happens to be the sister of Lucifer!

But you’d never figure that by just looking at her, as she just so happens to be the hottest girl in her school.

So what kind of extracurricular activities does Rias spend her time on?

Oh, just normal teenage girl things like unleashing the destructive, supernatural powers she has inherited on those who rub her the wrong way. It’s all too easy to assume that a demon is an evil, Don’t be too quick to pass judgment (also, it’s racist) – Inuyasha Anime Series will prove that this judgement is so wrong.

We all know how lovable and heroic Inuyasha can be.

Definitely not someone who would initially be suspected of being a demonic entity, even though he is a half-human, and half-demon. Here is Hataraku Maou Sama a wonderful isekai anime, that depicts: who would think that a Demon King would be spending his time commanding the legions of hell, and wreaking havoc on the known world?

However, Sadao Maou had to retreat to the human world after a confrontation with the hero Emilia.

He has no choice but to blend into human society and work at a burger joint on a part-time basis in order to make ends meet.

Oh, how the mighty have fallen! An Demon in Anime often occupy himself with important work. Albedo is the Overseer of the seven Floor Guardians who protects the Great Tomb of Nazarick.

She’s also very well-versed in combat and is seen arming herself with full plate armor and an imposing battleax. Despite this, she can actually be really sweet… as long as nobody dares insult or hurt her dear lord Momonga. Behold an underated Anime Series, where You will got to love the trash-talking, butt-kicking, demon-slaying Dante.

He’s amazingly good at dishing out punishment on the forces of evil with his twin guns, Ebony and Ivory, and his trusty sword – the Rebellion. Demons can be scary as hell, but this half-demon, half-human is the coolest and slickest of the lot. You know that you’ve bumped into one of the more significant anime devil characters, especially if he happens to be the son of Satan!

Rin Okumura may not resemble the cloven-hooved one and doesn’t carry a huge devil trident either. He seems like an ordinary teenager in human form.

But when he transforms into a demon, twin blue flames hover above his head, his eyes turn blue, teeth sharpen and ears take an elf-like shape. 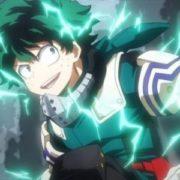 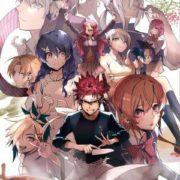