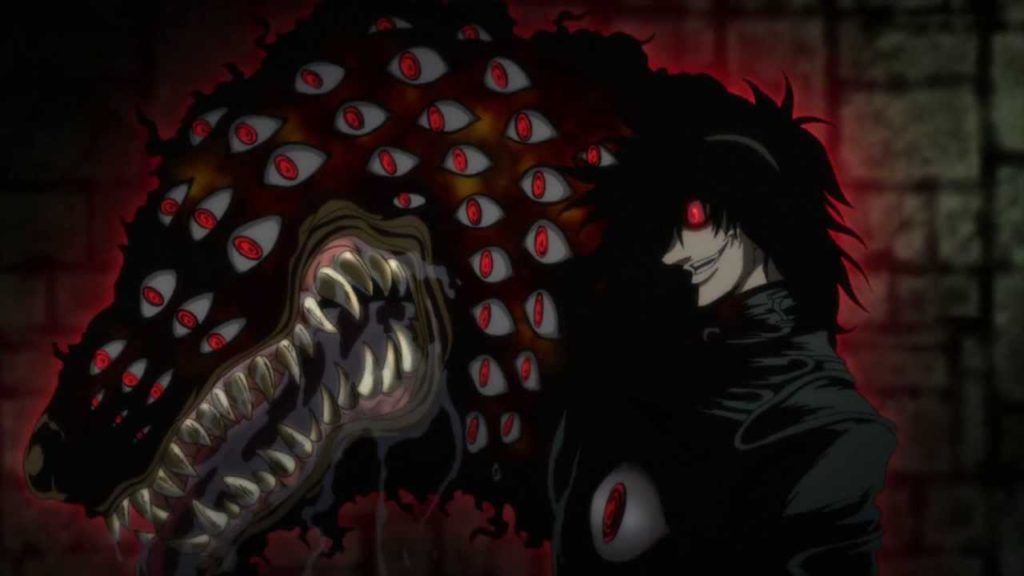 First of all, Hellsing is a Vampire Action Anime which consists of horror, gore, and bloody events.

The story follows creatures of darkness and evil that plague the night, devouring any human unfortunate enough to be caught in their grasp.

Hellsing is an organization dedicated to destroying these supernatural forces that threaten humanity.

Yet, the vampire Alucard, is working against his own kind as an exterminator for Hellsing.

So, With Seras Victoria, at his side, Alucard must battle not only monsters, but all those who stand to oppose Hellsing, be they in the guise of good or evil.

Therefore, Hellsing Ultimate proves that appearances are not all they may seem!

Read Also: Here are the 10 Best Action Comedy Anime Series You Must Watch! 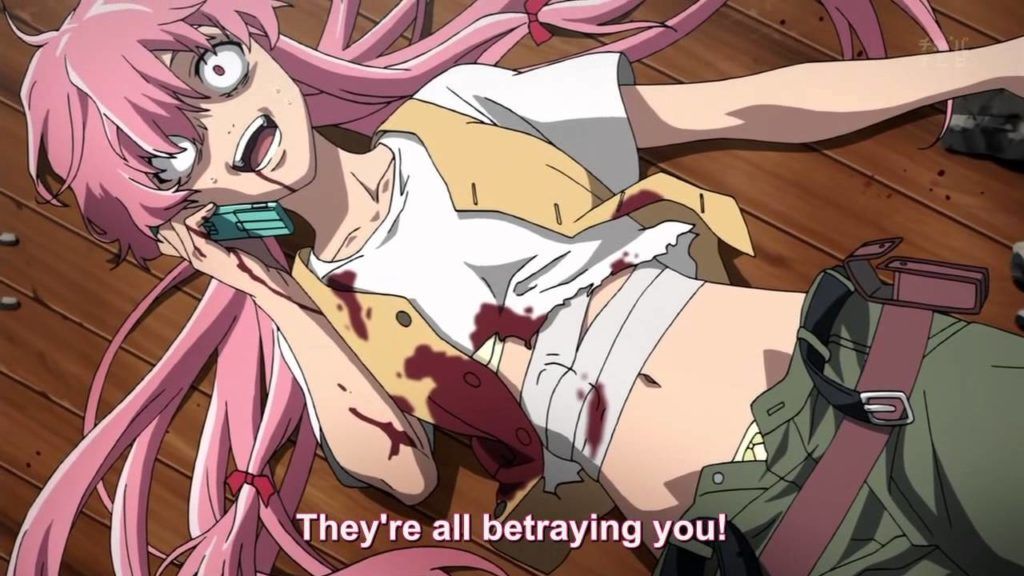 The Story follows the reserved boy Yukitero Amano, who spends his day writing a diary in his cell phone, and occasionally talking to his imaginary friend, Deus Ex Machina, and Mur Mur.

Well, joke is on Yukitero. Deus turns out to be the god of time and space, and Mur Mur is his servant.

Deus grants Yukitero a Random Diary, which gives him detailed entries of what happens during the day.

Him, along with eleven others, are pinned against each other, having different diaries.

The last person standing becomes the new god of time and space.

Yukitero teams up with Yuno Gasai, an insane stalker who would do anything to guarantee his survival.

Shiki is not only a great horror anime series, but also a psychological story that will mess with your head about who are the bad ones, The humans? or Vampires!

The story revolves around many sudden deaths starts occuring in the quiet village of Sotoba.

So, Doctor Toshio Ozaki initially suspects an epidemic, but soon becomes convinced that something strange is the .

Therefore, Shiki tells the tragic tale of survival in a world where one cannot easily distinguish between good and evil.

Shiki explores the boundary that separates man from monster.

Misaki is a popular student who dies during the school year. Since then, the town of Yomiyama has been surrounded by a fearful atmosphere, from the dark mysteries hidden deep within.

Later, Kouichi Sakakibara transfers into class 3-3 of Yomiyama North and soon after knowing that a strange, gloomy mood seems to hang over all the students.

He soon will gets closer to the eyepatch-wearing student Mei Misaki; however, the rest of the class and the teachers seem to treat her like she doesn’t exist.

Paying no heed to warnings from everyone including Mei herself, Kouichi begins to search for the truth behind the gruesome phenomenon plaguing is his class.

Another is an Horror Anime that depicts the daily life of Kouichi, Mei, and their classmates as they are pulled into the enigma surrounding a series of inevitable, tragic events—but uncovering the horror of Yomiyama may just cost them the ultimate price.

Read Also: The 10 Anime Where OP MC Shows His True Power During The Battle!

After Maebara moved to a new, quiet town of Hinamizawa.

In this town that appearances can be deceiving. as he suddenly discovers a murder occurred in the very town he’s in.

It is then that mysterious and horrific events begin to unfold in front of him, learning that his close friends may not be close at all.

Hence, horrific scenarios will occur, and Mebara will begin to unravel the truth behind some cute faces.

As a Result, This will causes madness and paranoia begin taking root in Keiichi’s heart, he will encounter many dark mysteries.