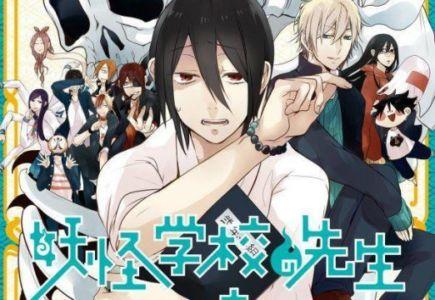 New Manga 2018  List is here, and surely there’s plenty of new manga series to be read aside from this temporary Upcoming new manga 2018 list.

We Search, Dig, and pick 10  New Manga 2018 of which you’d really want to pay attention to this upcoming year.

We are used to bringing News about Anime, But This Time we will be Covering Manga News too.

Orphaned siblings Agni and Luna, like the Ice Witch who cursed their world, are two of the “blessed,” humans who hold special abilities. However, not all who are blessed are friendly, and after another of their kind attacks Agni and decimates the orphans’ village, Agni fights to survive, vowing revenge.

The meeting between Takane and Hana ends in an explosive manner, and Hana is convinced that she’ll never have to see that awful Takane again. But Takane actually seems interested in Hana! Exasperated by Takane’s immature attitude, yet amused and intrigued despite herself, Hana wonders if her hilarious rivalry with Takane just might lead to love!

Jiro Azuma is descended from of a long line of shinobi, and he also can talk to animals. Although he may appear rough and tumble, his compassionate side emerges when it comes to furry critters. But Jiro’s soft spot for animals gets him in major trouble when a suspicious stray cat fuses with him, granting him exceptional power but also dragging him into humanity’s hidden battle against powerful, menacing spirits.

The 19 Best Underrated Manga You Need to Read Right Now