The best isekai anime series are those tv shows that focus on people getting transported into a medieval, fantasy, or simply another world. Hence, Today, we decided to bring you a list of the best Isekai anime with an overpowered main character that you can enjoy! In these fantasy worlds, there are legendary beasts, supernatural beings, and magical powers…

So, since we are in love with this genre. Let’s Check this Isekai Anime List out! 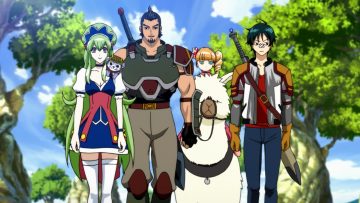 Let’s kick off our isekai anime list with this underrated series called “Ixion Saga”, the story of this tv show revolves around the overpowered main character Kon Hokaze, who after helping a woman, finds himself transferred into a game world.

Now he must find a way back home. In this world, the main character Kon discovers that it is full of mysterious energy known as Alma. Hence, After saving Princess Ecarlate from attackers. He finds himself in the middle of a struggle around Alma. 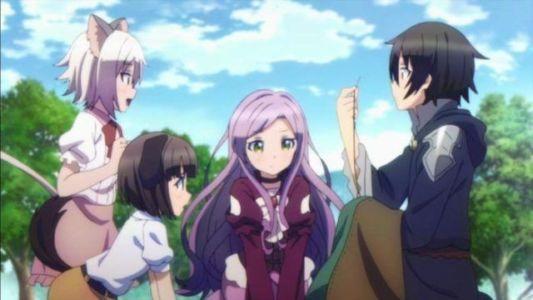 This good isekai anime show focus on Ichirou Suzuki, a computer programmer, who transfers to a fantasy world where life is an adventure full of girls. Which is mashed together from the games he was debugging in reality.

So realizes that not only did his appearances change to a younger version and his name changed to “Satou”. However, before Satou can fully grasp his situation, an army of lizardmen launches an assault on him. Then cast a spell in retaliation. Satou wipes them out completely and his level now is up, effectively maximizing his stats. Now, as a high-level adventurer, Satou sets out to explore this isekai magical new world. 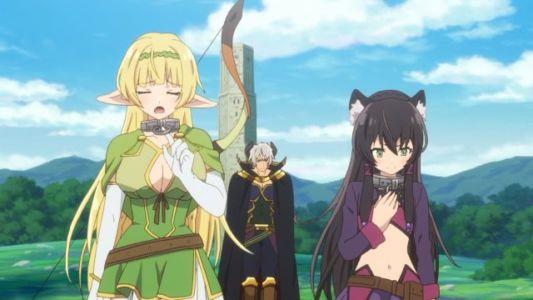 This demons isekai anime tv series depict that When it comes to the fantasy MMORPG Cross Reverie, none can match the power of King Diablo. Possessing the game’s rarest artifacts, he overpowers all foolish enough to confront him. But despite his fearsome reputation, Diablo’s true identity is Takuma Sakamoto, a shut-in gamer devoid of any social skills.

Defeating hopeless challenges day by day, Takuma cares about nothing else but his virtual life Takuma is greeted by the two girls who summons him: Rem Galeu and Shera L. Greenwood, a busty Elf summoner. However, the spell backfires and causes them to become his slaves instead. Takuma starts learning to adapt to his new existence as Demon King. 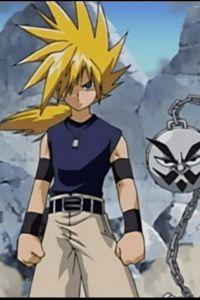 Here is an amazing Isekai anime with overpowered main character who dreams of a magical world every night, our Protagonist Toramizu Ginta is yearning to be able to go there. Only his friend Koyuki believes in his dreams. Ginta remains positive despite the slander he receives from others over his dreams.

His wishes get an answer, as one day a large door appears in front of Ginta, summoning him to MAR. In this land, weapons known as ARMS exist. While initially Ginta greatly enjoyed the discovery of this magical world. He soon learns of the terrible wars that have once plagued MAR  and the upcoming war. 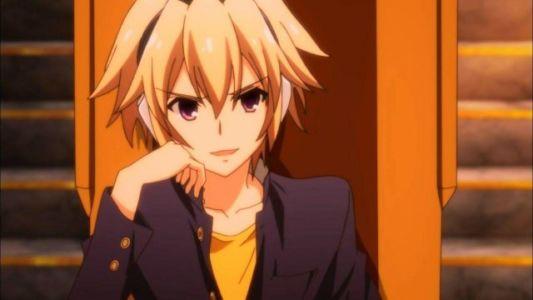 One of the best isekai anime series on our list is Mondaiji Tachi, this one is really a masterpiece, it has an overpowered main character, legendary and epic anime fights scenes and cute girls that will melt your heart. The story of this fantasy-action anime tv show follows Izayoi Sakamaki, Asuka Kudou, and You Kasukabe are extraordinary teenagers who are blessed with psychic powers.

Unexpectedly, each of them receives a strange envelope containing an invitation to Little Garden. The trio is greeted by Kurousagi, who explains that they were given a chance to participate in special high-stakes games. In order to take part, however, they must first join a community.

Learned that Kurousagi’s community lost official status and land due to their defeat by the demon lord. The group helps to reclaim their new home’s dignity. Eager to protect its residents and explore the excitement that Little Garden has to offer. 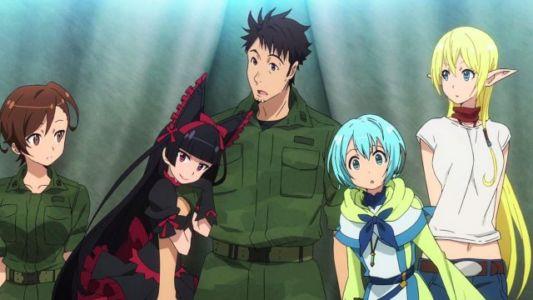 Gate is both a reverse isekai anime series that takes place in Tokyo, One day, a mysterious portal in the shape of a large gate suddenly appears in it. From this gate, warriors clad in medieval armor emerge, charging through the city, destroying everything. The Mc Youji saves many lives while the rest of the JSDF direct their efforts toward stopping the invasion.

Youji was on the task of leading a team, that will be sent to the world beyond the gate” They must travel into this world in order to learn more about what they are dealing with. And attempt to befriend the locals in hopes of creating peaceful ties with the ruling empire. But if they fail, they will be participating in a devastating war that will engulf both sides. 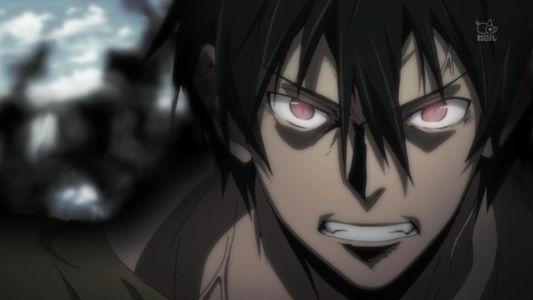 Here is another good isekai anime series with an op mc “The Demon Lord Satan” that you will enjoy watching it. In this anime, our demon lord begins to conquer the land of Ente Isla with his vast demon armies. However, while embarking on this quest to take over the continent, his efforts were stopped by the hero Emilia.

She forces Satan to make his retreat through a dimensional portal to land in the human world. The demon finds himself stranded in Tokyo and vows to return and complete his subjugation of Ente Isla. Satan assumes the guise of a human named Sadao Maou and begins working at MgRonald’s to make ends meet. He soon realizes that his goal of conquering Ente Isla is just not enough.

Hataraku Maou-Sama! is one of the best isekai anime tv shows with an overpowered main character that presents a hilarious view of the most mundane aspects of everyday life, all through the eyes of a demon lord. 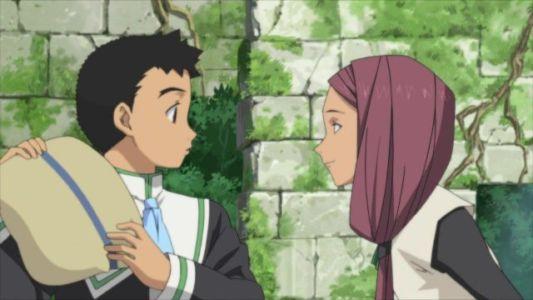 This anime follows Kenshi Masaki, who has been kidnapped and brought to the isekai world of Geminar by a mysterious group. To get back home, he agrees to help them assassinate the newly crowned empress of the Shtrayu Empire. As her army fights them off, Lashara takes note of Kenshi’s abilities and demands that her attacker is captured alive.

Only to find out that the pilot is male which is extremely rare on Geminar. Believing it to be a waste to kill him, she makes Kenshi her attendant. As the empress’ new servant, Kenshi is required to accompany Lashara to the Holy Land. An academy where Sacred Mechanoid pilots hone their skills. His arrival attracts attention, but Kenshi is unaware that something sinister is brewing within the academy.

Read Also: The 10 Awesome Harem Anime Series Where the MC is OP 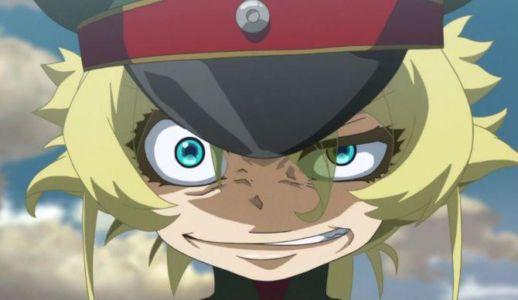 Youjo Senki is an Isekai Anime that depicts the story of “Tanya Degurechaff”,  a young soldier infamous for predatorial-like ruthlessness and an uncanny, tactical aptitude. Earning her the nickname of the “Devil of the Rhine.” Underneath her innocuous appearance. However, lies the soul of a man who challenged Being X, the self-proclaimed God, in a battle of wits. Which resulted in him being reincarnated as a little girl into a world of magical warfare.

Hellbent on defiance, Tanya resolves to ascend the ranks of her country’s military as it slowly plunges into a world of war. With only Being X proving to be the strongest obstacle in recreating the peaceful life she once knew. But her perceptive actions and combat initiative have a side effect. 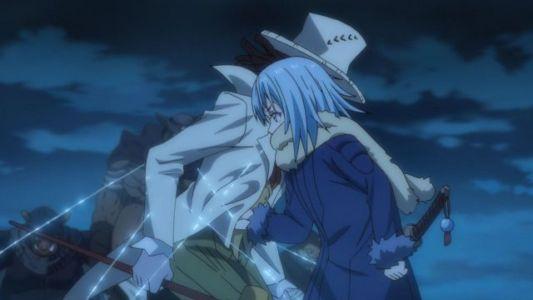 Coming at number one on our top isekai anime with overpowered main character is “Tensei shitara Slime Datta Ken”.

Thirty-seven-year-old Satoru Mikami is a typical corporate worker, who is perfectly content with his monotonous lifestyle in Tokyo. Other than failing to nail down a girlfriend even once throughout his life. In the midst of a casual encounter with his colleague, he falls victim to a random assailant on the streets and is stabbed.

However, while succumbing to his injuries, a peculiar voice echoes in his mind and recites a bunch of commands which the dying man cannot make sense of. When Satoru regains consciousness, he discovers that he reincarnates as a goop of slime in an unfamiliar realm.

In doing so, he acquires newfound skills—notably, the power to devour anything and mimic its appearance and abilities. He then stumbles upon the Catastrophe-level monster “Storm Dragon” Verudora who had been sealed away for the past 300 years for devastating a town to ashes. Sympathetic to his predicament, Satoru befriends him, promising to assist in destroying the seal. In return, Verudora bestows upon him the name Rimuru Tempest to grant him divine protection.

You Can Also Watch The Video Version of This Article: 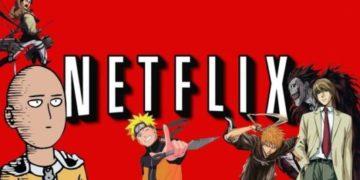 Top 10 Best Anime Shows on Netflix to Watch! Today, you will get the chance to know the 10 Best...