These are The Celebrities that were infected with Coronavirus 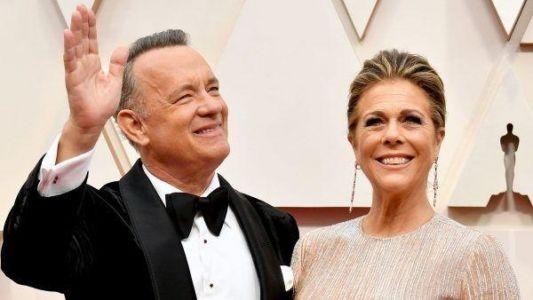 Celebrities, Politicians, and Athletes were not immune to the Coronavirus infection

Without permission and indifference to the immunity of politicians and world personalities, the Wuhan Covid-19, which first appeared in late December in China, overtook various groups of societies.

A virus that did not differentiate between the poor and the rich, black and white, Muslim, Christian, Jewish or Buddhist, bypassing all religions, infiltrate bodies, and succed in transforming the entire world into isolated ghost cities, and countries that closed their doors to their citizens and did not welcome any visitors.

These are some of the celebrities and famous people who have been infected with the new Coronavirus, which has killed at least 5796 people in the world since its appearance last December.

Tom Hanks and his wife, singer and actress Rita Wilson were the first Hollywood celebrities to officially declare their infection with the Corona-virus, and they were taken to a hospital in Gold Coast on the east coast of Australia, and the actor called for the recommendations of specialists to be followed.

Read Also: The Best 20 Korean Movies on Netflix to Watch

The injuries continue to reach the political community. In this context, Canadian Prime Minister Justin Trudeau will remain in quarantine for two weeks since March 13, after it became clear that his wife, Sophie Gregoire, had been infected with the epidemic. He held a press conference outside his home on Tuesday to appeal to Canadians to be patient. Spanish Prime Minister Pedro Sanchez’s wife tested positive or the Coronavirus, officials in his office said late on March 14. The announcement came soon after Sánchez announced sweeping state measures to curb the spread of the virus. The country is currently on lockdown.

Monaco Palace announced on Thursday that Prince Albert II is infected with the Coronavirus, confirming that he can continue working from his own residence and that his health status is not causing concern. In Britain, the Secretary of State for Health Affairs, Nadine Doris, is the first member of the British political class to report that he is infected with the Coronavirus, knowing that she is one of the participants in preparing the rules and regulations supposed to be followed to confront the disease.

The coronavirus also affected Fabio Waggarten, Minister of Communications in the government of Brazilian President Jaire Bolsonaro, who previously met the US President last Saturday in Florida. While the Brazilian President was examined and found not to have the epidemic. The Spanish Minister for Equality, Irene Monteiro, was also infected with the Coronavirus, and placed in quarantine as a precaution with her partner, Pablo Iglesias, vice-president of the Spanish government and head of the left-wing Bodemos party.

To that, French Minister of Culture Frank Rester, despite being infected with the Coronavirus, indicated that he is in good condition and is staying in his house in Paris after he was diagnosed with the epidemic following his participation over several days in the work of the French National Assembly last week, after which several cases were revealed. Also, 70-year-old Chilean author Luis Sepúlveda, who lives in northern Spain, was infected with the COVID-19 and is still in the hospital. He said he was starting to feel the first symptoms last February 25, two days after returning from a literary festival in Portugal.

The 41-year-old Game of Thrones actor, who played the role of Tormund Giantsbane, has tested positive for the new coronavirus on March 17 and is self-isolating at home for as long as it takes in Norway. Known for his fiery red hair and beard. Clarified that he is in good health and had only mild symptoms of a cold. French -Ukrainian actress and model Kurylenko, 40-year-old, who starred in the Bond movie “Quantun of Solance” announced on March 15 that she had tested positive for the coronavirus.
Kurylenko also noted that she has actually been ill for almost a week now with symptoms including fever and fatigue.

Cameroonian saxophonist and African jazz legend Manu Dibango, at the age of 86, have been hospitalized with Coronavirus. According to a message posted on his Facebook page on Wednesday, he is resting and recovering calmly. British actor and musician Idris Elba said he has tested positive for COVID-19 on March 16 in a video posted on Twitter, and that although he had no symptoms so far he was isolating himself from others.

The English Premier League has not been immune to the effects of COVID-19 despite being the richest in the world. In fact, Arsenal’s Spanish coach Mikel Arteta the 37-year-old, announced that he was infected with the coronavirus on March 12. According to an official club statement, the team’s training center has since been closed, and Arteta is self-isolating in line with public health guidelines. Chelsea confirmed their player’s injury, the young Englishman Callum Hudson-Odoi the 19-year-old was infected with the COVID-19 on the evening of March 12th. The went for testing after coming down with a mild cold earlier in the week. A day after announcing his diagnosis, Hudson-Odoi tweeted to share that he has recovered from the virus and is isolating himself from the public.

Argentine Ezequiel Garay, who defends the colors of Valencia, announced on his personal page on “Instagram” that he was infected with Coronavirus, becoming the first Spanish football player in the Primera Liga.
“Obviously, I started in 2020 poorly. Tests have proven to be positive for the virus. I feel very good, and now only the interest in health authorities’ instructions and remaining in isolation remains,” wrote Garay. Juventus has announced that the attacking player, Daniel Rogani, has been infected with the Coronavirus. Juventus said that Rogani and everyone who was in direct contact with him has been quarantined.

In the American Basketball League, French player Utah Jazz Rudi Goubert was injured, and he was the first player in the NBA who was proven to have Corona. He suspended the basketball season for at least a month in an attempt to deal with the outbreak. The player was responding to questions about the corona epidemic joking by touching microphones and recorders before leaving the press room, two days after he announced that he had been infected with the Coronavirus.

many senior officials in Iran

In Iran, the Coronavirus affected at the beginning of the month many senior officials, including a member of the Expediency Council, Muhammad Mir Mohammadi, and Ali Akbar Velayati, the advisor of the Iranian guide, was also affected by the infallibility of the Iranian Vice President for Women Affairs, and Iraj Harerji, the Iranian Deputy Minister of Health Who appeared on Friday at a press conference after recovering from illness.