10 Anime Where Mc is OP From The Start

Taito has been really sleepy lately, and keeps dreaming of a female vampire who says she has given him her “poison.”

Sometimes he even thinks he hears her voice when he’s awake.

But after surviving an accident that should kill him, Taito’s world changes drastically and he realizes that his dreams are more real than he thought.

Tanya Degurechaff is a young soldier infamous for predatorial-like ruthlessness and an uncanny, tactical aptitude, earning her the nickname of the “Devil of the Rhine.”

Underneath her innocuous appearance, however, lies the soul of a man who challenged Being X, the self-proclaimed God, to a battle of wits—which resulted in him being reincarnated as a little girl into a world of magical warfare.

Hellbent on defiance, Tanya resolves to ascend the ranks of her country’s military as it slowly plunges into a world war, with only Being X proving to be the strongest obstacle in recreating the peaceful life she once knew.

But her perceptive actions and combat initiative have an unintended side effect: propelling the mighty Empire into becoming one of the most powerful nations in mankind’s history.

Ikta Solork is a carefree young man who only wants two things in life: a woman on his arm and a place to nap.

Unfortunately, he loses his peaceful life when war breaks out between the Katjvarna Empire and the neighboring Republic of Kioka.

Ikta and his childhood friend, Yatorishino Igsem, join the army as military officers, where they meet the infantryman Matthew Tetojirichi, the sniper Torway Remion, and the medic Haroma Becker on a boat heading for the military exam site.

However, after a rogue storm sinks their vessel, the five of them end up in enemy territory near a military outpost.

The five are able to rescue her, and as a reward, each one of them will be the title of Imperial Knight—one of the highest honors a soldier can receive.

It seems that Ikta will have to put his dream of tranquility on hold, as he must now become the hero he never wanted to be.

Like many in her class, Koyuki Honda looks forward to her graduation ceremony.

However, while her peers have a family to attend, Koyuki has no one, as her only family—her brother—died years ago.

They try to assure her that they are just actors shooting a movie; Victor, however, piques Koyuki’s curiosity about the old legend of the clock tower at the cemetery: if you make a wish under the clock tower at midnight during a full moon, time will turn back, allowing someone to reclaim what they have lost.

Deciding to make her wish, Koyuki learns the horrifying truth: the legend is a ruse for time demons “Horologues” to steal humans’ time.

As they are regrets, Victor uses Koyuki as bait to lure a demon there.

Kiri and Victor explain that they are Chronos Rulers, warriors who fight against the Horologues using the “Oath of Time”—an item allowing them to speed up or slow down time.

With the demon destroyed and the crisis averted, Koyuki is able to go on her way free from regrets.

However, she is not the only human with sorrows. The two boys must continue to hunt down Horologues in order to keep humanity safe. 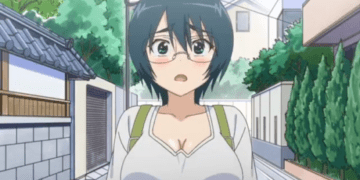 The Top Most Beautiful Anime Girls with Gorgeous Glasses Anime girls wearing glasses are a popular trope in the anime...