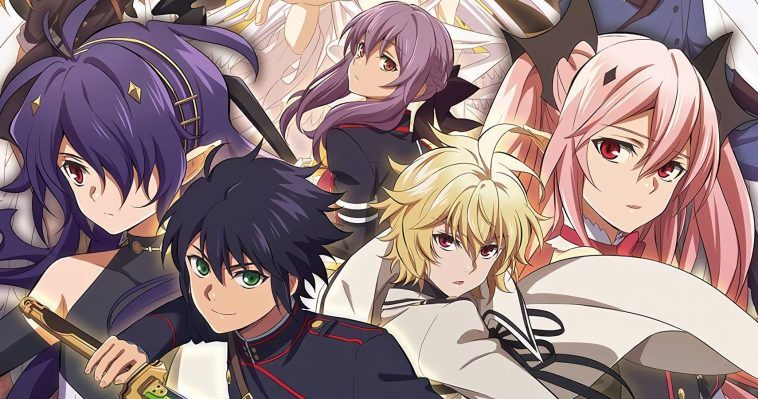 Who doesn’t like a post-apocalyptic anime series about the end of the world? No one man, as it seems.

Apocalypse is a common genre that’s also made its way into anime, we, like the rest of mankind, seem to be obsessed with our the end of the world own extinction stories.

Perhaps because we are so afraid of it, but mainly because in a dying world, the laws that tie us often die.

With your input, we’re listing the best post-apocalyptic anime about the end of the world that marked all time.

From Attack on Titan, where man-eating creatures rule the earth, to Gurren Lagann, where humans have lived underground for years, these anime all have post-apocalyptic themes and end of the world settings. Fist of the North Star was not only one of the most successful anime of its time, but it is now one of the world’s highest-grossing television shows, with annual sales of more than $22 billion.

This Anime depicts the topic of the end of the world, where we can see our op mc wreaking havoc and fights villains.

The Anime is Set in a post-apocalyptic world where nuclear technology has devastated human society and the surviving human civilization struggles to survive with dwindling resources.

The strong male lead character Kenshiro is an expert martial artist who uses his skills to defend the vulnerable. The idea of the end of the world in the Anime “Desert Punk” is straightforward: it’s the future, and Japan has been transformed into a vast desert.

The last bastions of human society impose what few rules they can, but disagreements and power struggles are still resolved with bullets. Kanta Mizuno, a shonen-like mercenary, is at the center of it all.

Definitely, this tv show ranks among the best end of the world anime series which depicts a post-apocalyptic world.

Following an implied global nuclear disaster, Japan is transformed into a desert (“The Great Kanto Desert”), and the remaining humans pursue a precarious existence in the hot sands.

Desert Punk follows the exploits of Kanta Mizuno, a roaming mercenary called Desert Punk (Sunabzu) for his almost impressive feats of ability and bravery while on the job.

Throughout the season, he gains an apprentice, makes a few allies, and makes a lot of enemies. So far, all anime series about the end of the world you’ve seen has been mainly depressing or ominous. That’s why Humanity Has Declined is a unique anime on the apocalypse genre. It’s upbeat, noisy, and lively, with a cast to match.

Humans are on the brink of extinction in Humanity Has Decline due to declining wealth. As a result, they looked to fairies (yes, really) for sustenance. Despite the post-apocalyptic tag, it’s wacky and definitely something to cheer you up. 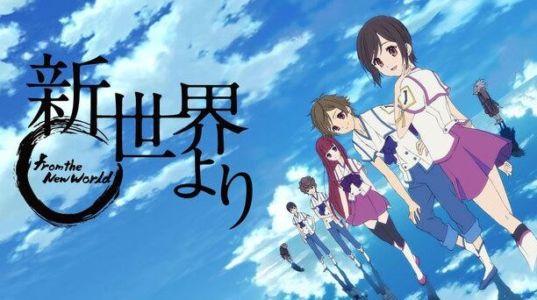 Wouldn’t it be awesome to have any kind of superpower?

That is the theme of From the New World. One day, a small percentage of humans gained the capacity to move things using their minds.

Naturally, there were a few reckless people in the mix who wanted to exploit their newfound abilities for less than honorable purposes.

With this new point of evolution, the rest of mankind, feeling endangered, started the rumblings of war.

This Anime depicts the fact that the telekinetic people formed their own civilization, as they begin to advance their forces, the end of the world and the universe will be torn apart once more. The universe in this anime tv show is shrouded in mystery, as a massive void in the center of the Earth is discovered, and numerous explorers search to uncover its origins and mysteries.

And when I say it’s massive, I really mean it. We follow our two protagonists as they attempt to descend, pun intended, into this darkness in order to discover how one of them was made. By the way, this protag is also a robot.

They’re both on a quest to discover the truth about the disappearance of the other protagonist’s mother. And maybe they’ll discover something more along the way… You didn’t learn that from me!

11. Gargantia on the Verdurous Planet

Gargantia is one of the most intriguing anime universes. First, you are transported to a world in which mankind has been banished to space and is constantly at war with a specific species of alien life.

Soldiers’ only reprieve is the dangling carrot of a utopia where they can rest and breed.

However, as the main character is thrown into space, he arrives on a planet that is mostly made of water and where humans live on fleets of boats that replace earth, just like Kevin Costner in Waterworld.

Furthermore, owing to previous civilizations, there is a second world under the sea. 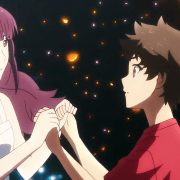 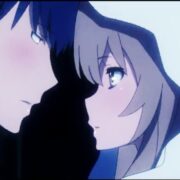